A Return To The Original Premise

Well the Government is back in action, and so am I. Having recently returned from 'The Windy City' (some kind of flatulence thing?), I am slowly piecing back together the shattered aspects of my body and mind. The Chicago diet seems to be, as MM Piere DuPlais would say, "very defective, and can only result in a product of very bad taste, and is highly injurious to the animal economy". This is epitomized by The Slinger, a pile of steaming garbage designed to absorb/slow the rushing tide of the vat of fizzing garbage downed as a precursor. A mound of hash browns, eggs, hamburger patties, cheese and chili, buttressed by two pieces of toast, The Slinger is virtually unchanged in appearance after struggling through the human body. 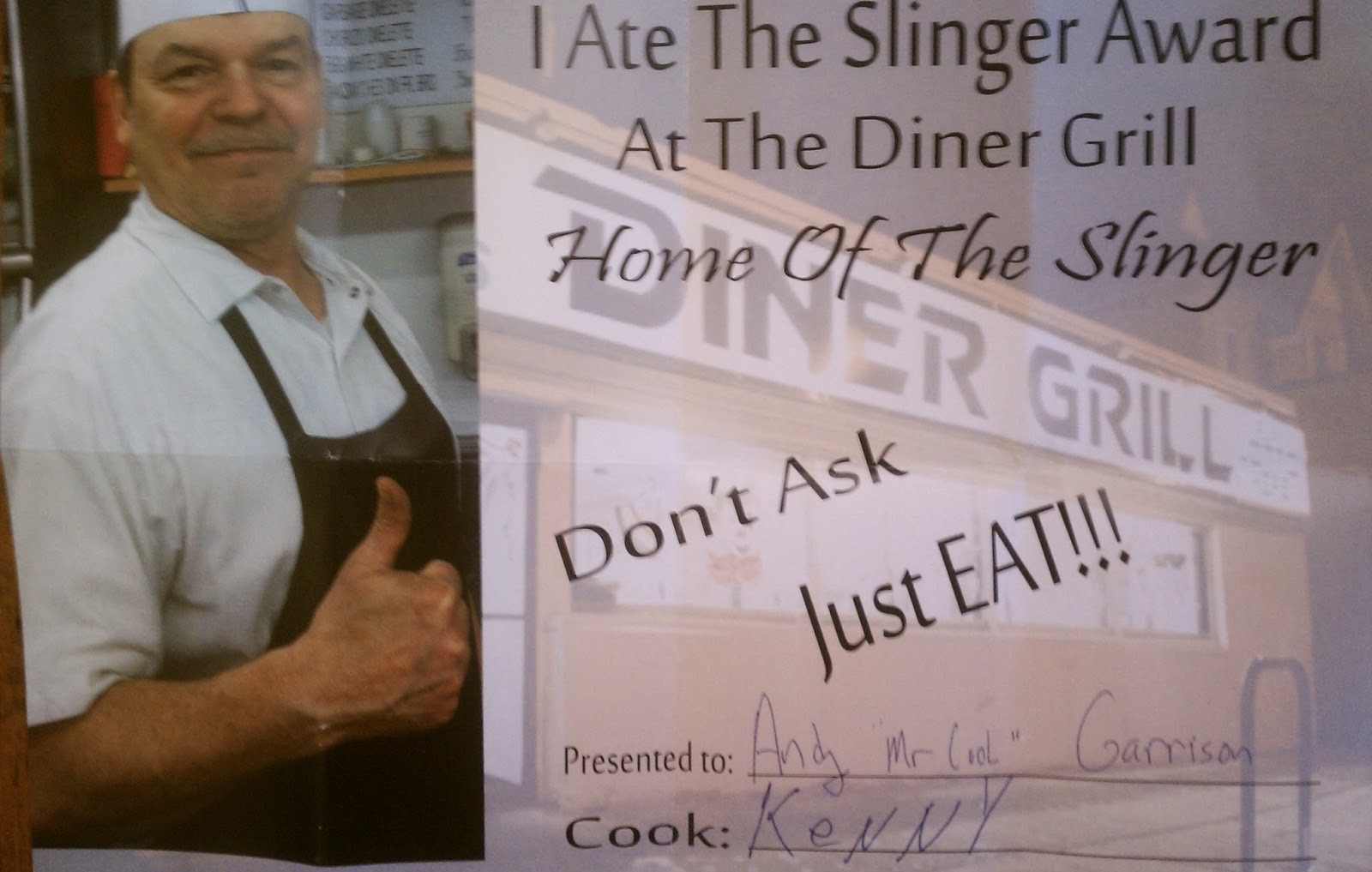 Being on the West Coast for 5-years has altered the function of my viscera, to the point that I need an array of live-culture yogurt and organic kale sweat to proceed. Without providing unseemly graphic detail, my digestion typically functions analogous to this. After a long weekend in Chicago, it's more like this.

To resolve my gastro situation, I naturally turn to the liquor cabinet. Wormwood-based apertifs and digestives have long been a cure to the Italian cuisine, but in such a dire situation I wasn't sure what the optimal one would be. Wormwood-based aperitifs and digestives are also typically peelingly bitter. The cocktail below was inspired by The New Yorkers description of the government shutdown as a "peerless episode of cynical self-immolation, ideological piety, and brinkmanship".

The Importance of Failure - Why Do Handsome Geniuses That Everyone Likes Continue To Fail?

Excuse the title of this entry, I'm trying to get it picked up by The Atlantic.

In the past few weeks this blog has featured a dazzling array of beautiful, delicious cocktails, each one bursting with creativity and daring. How can one mere man (granted, one who is looking down at mankind from the peak of human perfection) be responsible for such a cornucopia? By possessing a strong tolerance for failure, combined with an unflappable zest in the face of horrible poisons and buoyed by a tireless, fearless liver.

While the sublime refinement of the cocktails on display might suggest that, like Athena, each concoction sprang forth from my blazing mind fully grown and well-armed, in reality many are born like side-breaching preemies, slowly and painfully, with great risk to the inventor. Below is one such disaster, which I dutiful choked down and am sharing with you to emphasize the hazards I endure in pursuit of wisdom and innovation.

I've been generally aware of the 'Bullshot' since college, when I found it in a drink recipe book I'd purchased at the Friends Of The Library bookstore for $.25. A combination of Vodka and Beef Bullion, much like WinCarnis (aka Jamican Meat Wine) I've enjoyed knowing it existed but never tried it. For the unaware, the esteemed cocktail historian David Wondrich has a nice run-down on the 'Bullshot'.

For whatever reason, after 8 years of quietly incubating, last Thursday it occurred to me that I MUST try a 'Bullshot'. I thought about it all day at work, envisioning how it's savory mix of alcohol and essential meat-based micro-nutrients would make my sinews twang with vigor and heart pump firmly once again. I imagined a flight of ethnic broths, Dashi with Shochu, Rosół with Zubrowka. After biking home in the rain, I was wet, tired, weak, ready for a restorative 'Bullshot' and to embark upon a new phase of my life replete with broth-based cocktails.

When I started to scourge up the ingredients, it turned out we were missing Vodka, Beef Bullion, and Tabasco. A lesser-man would have been deterred by the near total lack of essential components but like Shackleton I valiantly pressed on. Substituting chicken bullion for Beef, Harissa for Tabasco, Baiju for Vodka, at somepoint in this wheeling-and-dealing the endeavor went awry. Served steaming hot, it tasted like alcoholic Pho, but significantly less good than that sounds. I would detail more what it tasted like, but no one will ever attempt to recreate it so I would prefer to be the sole holder of that knowledge.

In Which The Egg Comes First

Bleak times in America lately.  Just the other day a girl at work interrupted the all-time rock classic 'Radar Love' IN THE MIDDLE OF RADAR LOVE to put on the same fucking Bey once album the world has been inflicting on me for the last decade. Some people might have responded by curtly snubbing her for the rest of eternity, but I spent the next hour drafting a set of guidelines for the Death Panels I will implement when I seize the reigns of our abandoned government. Also, google thinks Bey once is two words, which is fine with me. Someone once made me watch that Single Ladies video and was aghast that I couldn't appreciate how awesome all their dancing was. Needless to say, They Will Sit Before The Panel. And receive the Judgement that our absent God has failed to bestow.


'Eggs are a breakfast staple [...] But you probably haven't been adding them to your cocktails. Well, you should.'

WRONG AGAIN BON APPETIT. At Reasonable Industries we've been sucking down raw egg cocktails for years, to the horror of our girlfriend, house guests, and anyone I/We can pigeon-hole at a party. Additionally, egg-rich cocktails have been my key to maintaining a healthy body weight. Just last night Margarett said I had the physique of a scary 45-year old ditchdigger who might stab you at a bar. This is a significant upgrade from the physique of the world's tallest Ethiopian child. I owe it all to egg-based cocktails. And also quesadillas, grilled cheeses, and pb mix-ups (as much peanut butter as fits in a large ramekin plus honey, jam, or ice cream).

Bon Appetit only covered the usage of egg whites in cocktails, but the egg is quite versatile in its effects. They are critical in a variety of old-timey drinks like sours, flips, fizzes, nogs, and boxing training montages. For people concerned about consuming raw eggs, you are either physically or mentally weak and your weakness is preventing you from living a full life.

Now, a trio of Breakfast drinks.

Egg whites are used in fizzes and sours to add a stable foam and an airy lightness to drinks, a combination that works wonderfully with citrusy cocktails. You need to shake intensely to achieve this, much like you are creating a meringue. A dry-shake, where ice hasn't been added is almost essential. Adding the spring off a Hawthorne strainer also helps speed along the process. About a minute of shaking is close to the minimum needed. An immersion blender can help until you're fortified enough with raw eggs to handle it yourself. After a good froth has been achieved, add ice and shake again to chill and dilute. Below is my preferred breakfast cocktail from the Savoy Cocktail Book if I've got a few minutes to spare.

Egg whites have little flavor on their own, and can be slipped into people's cocktails without their knowledge (look out party guests!). Whole eggs on the other hand are difficult to miss. They have a thickening effect, adding a silky body and a heavier mouthfeel to drinks. Flips are the simplest whole egg drinks, typically being Spirit + Whole Egg + Sugar, while the more popular Noggs include milk or cream of some variety. Ale Flip is a different beast, closer to an 18th Century Knife Hit and will be covered at a future date. The creaminess of these drinks gives them a warming, nourishing quality. Another breakfast classic from the Savoy:

The Sherry & Egg cocktail isn't so much a cocktail as a caliper of the soul. While you might drink a Morning Glory Fizz to fortify yourself for the day's toil, the Sherry & Egg bluntly askes "Are You Fortified?" When the morning is feeling bright and the world full of possibility, a quick Sherry & Egg is a great reminder of all the agony that a human being can inflict on themselves and others.

If you are wondering how it tastes, you missed the point, but I will say that it is a considerably nicer tipple than an Amber Moon. The Sherry & Egg is perhaps the adult (or English spinster) version of eating worms. If you are accomplished at suffering, a Sherry & Egg will roll off your back like water while still prompting gasps of horror and nausea from all around you. Which is of course a very Powerful feeling.


"A Drop To Cut The Phlegm"

Torani Amer gin scotch whole egg breakfast drinks Bols Natural Yoghurt Liqueur egg whites Amer Picon Florentino We All Die Alone fernet grapefruit mixology monday orange they are all breakfast drinks whiskey USA! USA! baijiu barenjager chicago death panel elixir combier fizz hopelessness horehound hunger death malort shochu this is the only hot drink I can stand tub drink why is grappa so good yet so reviled Apollo Missons Coming Of A New Ice Age Culpepper sounds like a wild dude to hang out with Don't Ever Interrupt Radar Love I Can't Believe I am Still Writing This Blog I think I was helpful this time India Kingsley Amis is a poor role model List-Based Anxiety Max von Sydow My God More Florentino Need For Speed for 3DO No One Can Help Me Port Robo Vampire Is An Underrated Classic SEO Sweat The Floor a cookie crumbled up into a drink a drink to blaspheme a temporary antidote to toil a very lazy post absinthe wasn't a tag already? abstinence is bad for your health alcohol for breakfast? aloe vera amaros anise aquavit armenian brandy asia is a big place basque beer cocktail beet wine bird's nest bon appetit can suck it bourbon bullshot but not that fernet campari fueled destruction cat haiku chicken bullion chuhai churchill sounds fun coconut cream craft cranberry liqueur drinking cooking wine drinks suitable for children or other invalids elizabethan poetry etc existence is draining failure fire flip fu-bonn fubonn is the source of all my delights fun to drink a lot of shochu for breakfast fungus give me free liquor samples google doesn't know that assuagement is a word and it makes me wonder if it really is grappa haggis heartache herbal highball horse track how is suffering not a tag already? i forgot to make a cocktail i have more to say about plum brandy but need a nap first i make great new years resolutions i think i hate tomatoes innovation intellimouse is alcohol medicine? jello shots as inducement to reflect on how good you really have it joint comfort tea jupiter and his glans lagavulin lavender leave it to cleaver letherbee man's struggle to digest marmalade sherry is not a useful tag michiu mint julep mistra mixology tuesday morning cocktails my homelife is not as difficult as recent posts might suggest myrrh never have too many cleavers new york times nocino nogg orange juice pelinkovac pickleback plum brandy potentially deadly blockages pottery barn as a metaphor for the superfluous nature of most of humanity preserved lemon profound cycle of creation and dissolution puns are lazy writing quesadilla resin royal combier rue sacrilege sarsaparilla sherry skinos soda soju some times thinking is hard southern stereotypes suffering sugar cubes tearful goodbye the future is only as bleak as the past the internet is a scam things are grey meteorologically and metaphysically trader joe's blended scotch whisky unlimited scorn on a limited budget why are italian cocktails so bad why is craft whiskey so bad why is the world such a poisoned dungheap wincarnis writing is difficult and also ultimately pointless yotam ottolenghi wants me to eat barley salad and i want him to leave my home forever yuzu